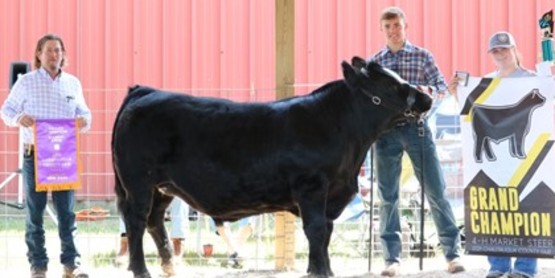 The 4-H Beef Program offers two options for participants. Participants can raise a steer to sell at the Meat Animal Sale at the county fair and/or they can raise a beef heifer to show and possibly bring back with a calf by her side. All participants in this program attend meetings and gain knowledge about raising beef animals in preparation for showing them at our county fair. Animals can be unpredictable and are over 10 times the weight of their handlers. The participants have worked with their animals since last October and produced animals that behaved beautifully in the show arena.