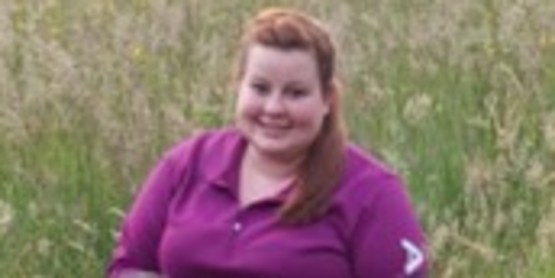 Cassandra Skal is the new Agricultural Coordinator at CCE Chautauqua

JAMESTOWN, NEW YORK (June 15, 2022) -- Cornell Cooperative Extension of Chautauqua County’s Agricultural Program is excited to announce Cassandra Skal has joined the team in a newly developed position at CCE, Agricultural Coordinator. “Now more than ever we have noticed a need for support to local beginning farmers, established farms looking to diversify and grow, agriculture enthusiasts, and homesteaders” said Executive Director, Emily Reynolds. Cassandra will be coordinating the popular CCE L.E.A.F. (Learn. Empower. Achieve. Farm.) Program as well as Chautauqua Grown, (your source for all things local foods), and in assisting with other agricultural programming throughout the year.

Cassandra says she is “incredibly excited to begin her journey as the Agriculture Program Coordinator. Working for Cornell Cooperative Extension has been a dream of mine since I was in Chautauqua County 4-H from a young age” Cassie has agricultural exposure outside of your typical rural experiences from growing up in Erie, PA. She received her first John Deere tractor before she could even walk and attended tractor shows yearly with her grandparents. When she joined Chautauqua County 4-H she fell in love with the show ring, animals, and the agriculture industry. When describing her 4-H career she says, “It all started with dogs and ended with dogs, rabbits, sheep, pigs, poultry, sewing, leadership, many useful crafting skills, friendships that are still relevant, and so many useful day-to-day and professional skill sets. I was the fortunate recipient of many Awards Trips throughout the years including Career Explorations at Cornell University, Foods Awards trips throughout the county, Capital Days in Albany, NY, and a trip out to Fort Worth, Texas to learn about their agricultural industry amongst other things. Needless to say, I took the privilege of participating in 4-H on full force and with the help of my mom made every opportunity count.”

Miss Skal says her experiences in Chautauqua County 4-H inspired her to attend The University of Findlay to study Animal Science. While at The University of Findlay she participated in the beef cattle show team and showed her first bovine at The North American International Livestock Expo. She also showed sheep at The Ohio State fair and several other large sheep shows with the sheep show team. In 2015, Cassandra graduated with a Bachelor’s Degree in Science and as she describes it “a long list of fond memories and lessons to last a lifetime.”

After graduation she entered the work force starting out at Moore Research as a Research Assistant and later becoming a Research Coordinator. Since moving to North Clymer, NY she began working at Cummins Engine Plant in Lakewood. Cassandra says when she saw the Agriculture Program Coordinator position she thought “this is where you need to be! There are no words to describe how excited I am for this long-awaited adventure. The Agriculture Program Coordinator fills so many of my aspirations at one time.” In this position, Cassandra will utilize her love of the agricultural industry, going to and being involved in farms, making connections, sharing connections, organizing events, teaching new skill sets, learning new skills, helping people, and so much more. Cassandra started with CCE Chautauqua in May and has been making new connections daily, she says she is “looking forward to where this position will lead me in time. It is incredibly rewarding to be able to work with Emily Reynolds and Lisa Kempisty, who have been mentors to me since my days in Chautauqua County 4-H.”

Outside of work her interests and hobbies include running her own hobby farm that is home to two opinionated horses, half a dozen sheep, a handful of chickens and ducks, two very rambunctious goats, and more rabbits than she wants to admit. Her aspirations include revisiting her wool spinning skills and making things out of her own sheep wool in the near future. She has also planted her largest to-date vegetable garden in hopes it will be incredibly prosperous and provide enough for her family and neighbors to do some canning this season.

You can reach the CCE Agricultural Program by calling or emailing the office 716-664-9502, chautauquaag@cornell.edu. Cassandra can be welcomed directly at Ext 202, or by email at cks83@cornell.edu.

The Agricultural Program is one of many programs offered by Cornell Cooperative Extension of Chautauqua County (CCE-Chautauqua). CCE-Chautauqua is a subordinate governmental agency with an educational mission that operates under a form of organization and administration approved by Cornell University as agent for the State of New York. It is tax-exempt under section 501(c)(3) of the Internal Revenue Code. The association is part of the national cooperative extension system, an educational partnership between County, State, and Federal governments. As New York’s land grant university Cornell administers the system in this state. Each Cornell Cooperative Extension association is an independent employer that is governed by an elected Board of Directors with general oversight from Cornell. All associations work to meet the needs of the counties in which they are located as well as state and national goals. For more information, call 716-664-9502 or visit our website at www.cce.cornell.edu/chautauqua. Cornell University Cooperative Extension provides equal program and employment opportunities.